Warning: "continue" targeting switch is equivalent to "break". Did you mean to use "continue 2"? in /homepages/10/d728534696/htdocs/clickandbuilds/RetireesWorldNews/wp-content/plugins/revslider/includes/operations.class.php on line 2715

Warning: "continue" targeting switch is equivalent to "break". Did you mean to use "continue 2"? in /homepages/10/d728534696/htdocs/clickandbuilds/RetireesWorldNews/wp-content/plugins/revslider/includes/operations.class.php on line 2719

Warning: "continue" targeting switch is equivalent to "break". Did you mean to use "continue 2"? in /homepages/10/d728534696/htdocs/clickandbuilds/RetireesWorldNews/wp-content/plugins/revslider/includes/output.class.php on line 3615

Nigerians react to Dino Melaye’s kidnap – ‘He Probably Planned it’

US unveils next round of Chinese imports to face tariffs

OSAN AIR BASE, South Korea (CNN)A US Air Force plane carrying what is believed to be the remains of US troops killed during the Korean War some 65 years ago arrived in Osan Air Base in South Korea on Friday morning.

Troops from various nations serving in South Korea under the United Nations Command presented an honor guard before the plane, as white-gloved troops in different uniforms descended the ramp of the US Air Force C-17, carefully holding cases wrapped in the UN flag.
The cases were transferred to silver minivans waiting on the runway. 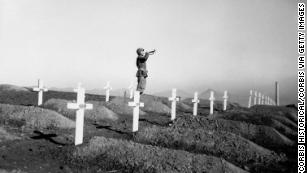 The C-17 had left Osan Air Base earlier Friday to fly to the city of Wonsan, North Korea, before completing the return journey, the White House said in a statement.
In Wonsan the North Koreans turned over what they say are an initial 55 cases holding remains, a US official told CNN.
North Korean officials handed over the probable remains on the anniversary of the signing of the armistice that ended the conflict, which claimed the lives of tens of thousands of Americans, over 600,000 Chinese, 600,000 Korean soldiers and over a million Korean civilians.
It may take months of detailed DNA analysis to determine how many American service members can be identified.
In a tweet, US President Donald Trump described the return of the remains as a “great moment for so many families,” and thanked North Korean leader Kim Jong Un.

The Remains of American Servicemen will soon be leaving North Korea and heading to the United States! After so many years, this will be a great moment for so many families. Thank you to Kim Jong Un.

Each case of remains was to be opened and photographed inside North Korea, before being transferred. US forensic specialists are to conduct a more in-depth assessment of the remains as well as an examination of any military uniform, identification tags or documentation at Osan Air Base. That review could take up to five days.
“It was a successful mission following extensive coordination,” said United Nations Command (UNC), and United States Forces Korea (USFK) Commander General Vincent K. Brooks. “Now, we will prepare to honor our fallen before they continue on their journey home.”
General Brooks will host a full honors ceremony, on Wednesday, August 1, before the remains are flown to a US military laboratory in Hawaii for DNA analysis. 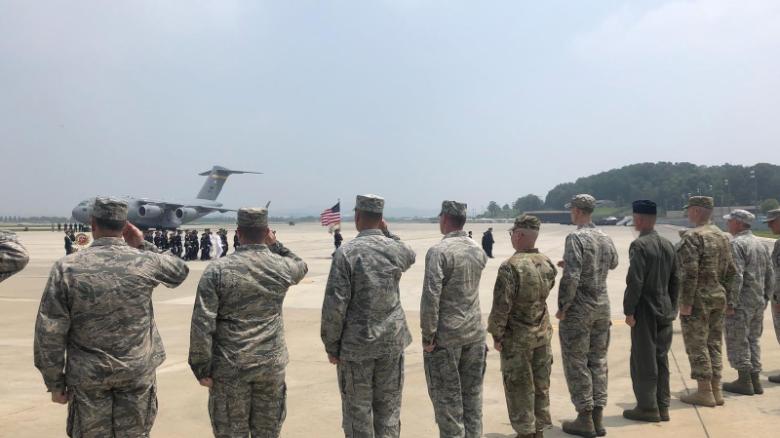 Troops serving under the UN Command in South Korea receive the possible remains of soldiers killed in the Korean War. July 27, 2018 Photo by Jung-eun Kim, CNN

A Short Story of How Your Habit Will Kill You